Java Provides a number of ways to hold objects:

It's helpful to look at a simplified diagram of the Java containers(without the abstract classes or legacy components). This only includes the interfaces and classes that you will encounter on a regular basis. 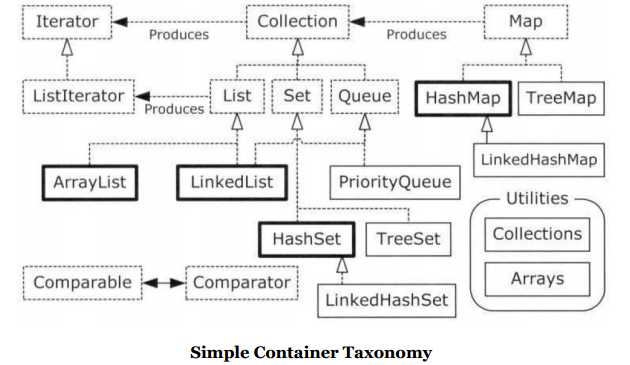