Mosfet Bi-Directional Switch NMOS PMOS Back to Back

Using this back to back arrangement of P Channel mosfets, when on current will flow in either direction.

When off both sides are isolated.

You can use any typical P channel mosfet.

to avoid there being a large enough Vgs from the on off signal in relation to the power rails connected to the Drains being switched .

The transistor could be lost of an open drain IC which can tolerate the Drain voltages when off is used to provide the signal.

Note that this arrangement is only suitable if the voltage being switched is > Vgs switching threshold of the mosfet used.

Where this can't be guaranteed or where opto isolation is needed, photo mosfet solid state relays are a great solution.

(i.e. without the voltage drop of using a transistor output opto isolator). 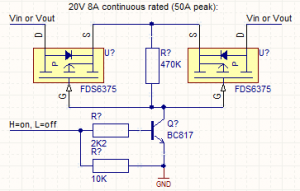 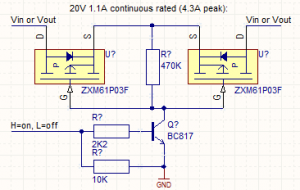 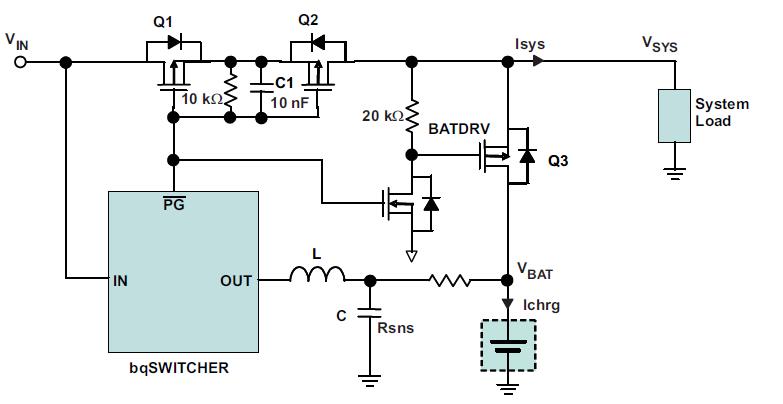 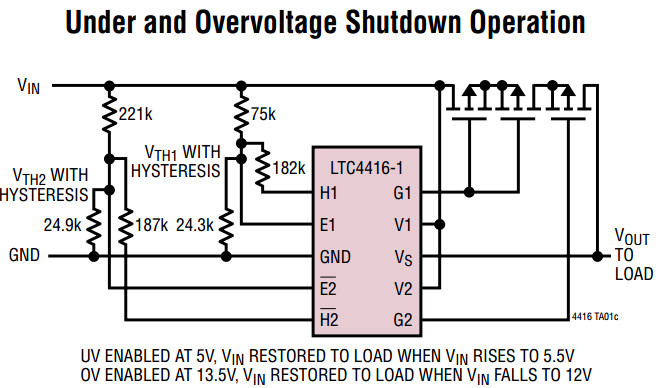