Is it a full physical image???

I took a look at this phone. This phone is Huawei Mate 9 and its model is MHA-L29. The OS is Android 7.0 and it’s rooted already. She could retrieve some interesting files in /data/data/ , but the problem was she did not see those same files in the physical image. She’s just curious about what happened to the physical image. Let me show you what the image acquired from Mate 9 looks like. 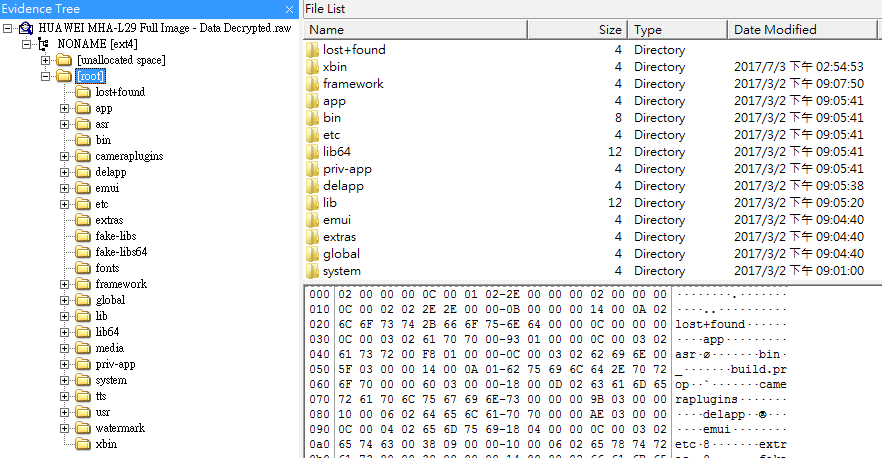 Take a look at its log file activity_log.txt and some error messages draw my attention. It looks like that it’s not a full physical image…Maybe that’s the reason why she could not get those same files in /data/data.  I will use another tools to acquire this phone and find out what's wrong with it.

Fotrunately UFED4PC solved this problem and extract those files in /data/data/ or /data/system/.