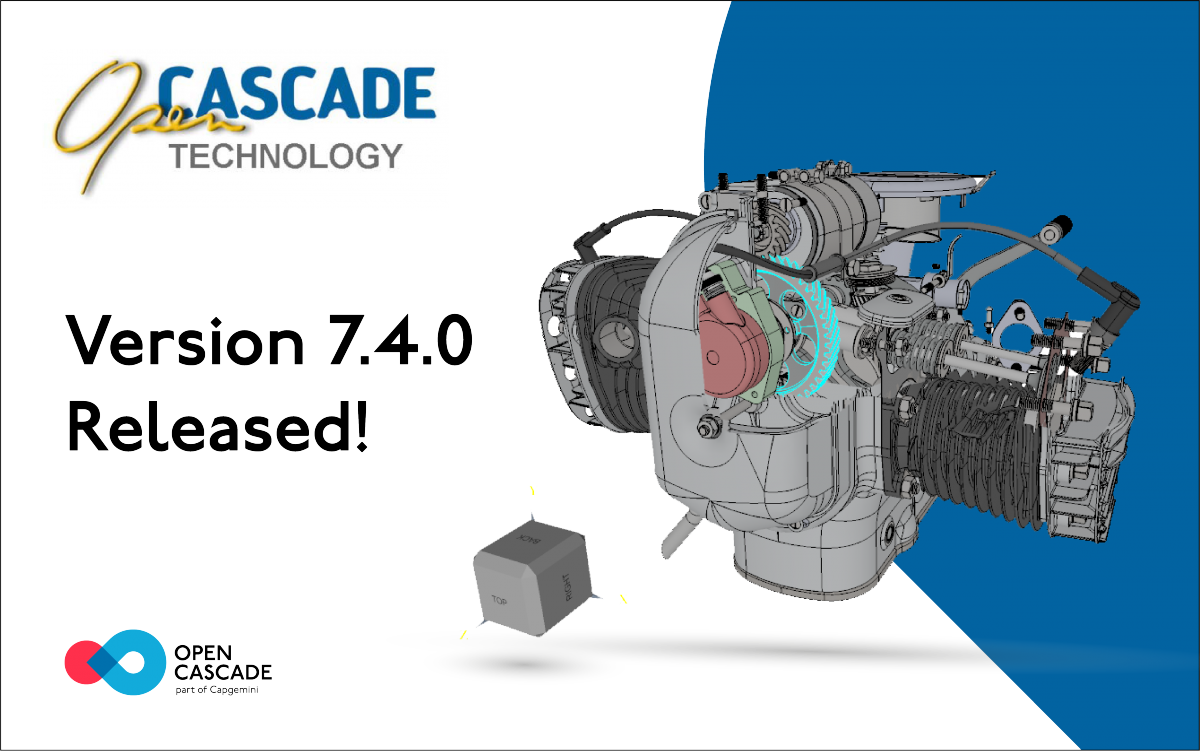 Open CASCADE Technology version 7.4.0 is a minor release which includes more than 500 improvements and corrections over the previous minor release 7.3.0.

New in this version:

Detailed information about this release is available in Release Notes (PDF).