with singleton pregnancies and a stated gestational age on the test requisition form of at least 10 weeks. 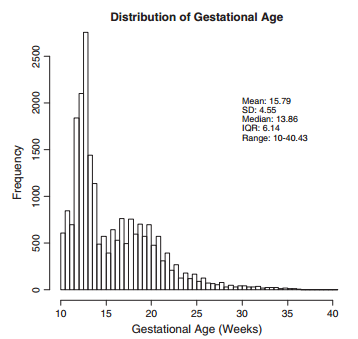 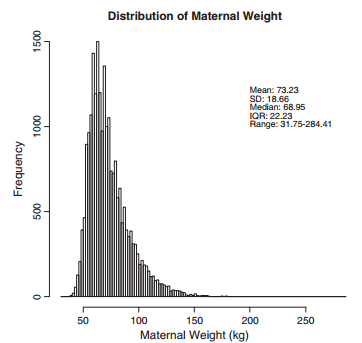 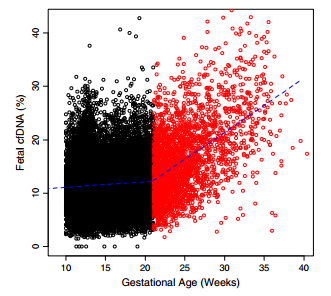 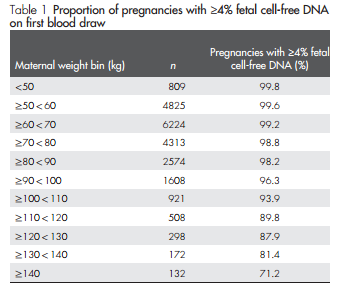 结果：Table 1 shows the fraction of samples having at least 4% fetal cfDNA in relation to maternal weight.

The negative correlation between fetal cfDNA and maternal weight was statistically significant (p = 0.0003).