Up and running with Apache Spark on Apache Kudu

After the GA of Apache Kudu in Cloudera CDH 5.10, we take a look at the Apache Spark on Kudu integration, share code snippets, and explain how to get up and running quickly, as Kudu is already a first-class citizen in Spark’s ecosystem.

As the Apache Kudu development team celebrates the initial 1.0 release launched on September 19, and the most recent 1.2.0 version now GA as part of Cloudera’s CDH 5.10 release, we take a look at Apache Spark and the capabilities already in place for working with Kudu.

The Spark integration with Kudu supports:

Kudu is configured given directories on pre-defined, typical Linux file systems where the table data actually resides. You may dedicate file systems to Kudu alone, or even assign a directory for Kudu table data next to an already existing directory servicing HDFS.   For example, HDFS may be assigned /data1/dfs for HDFS data while Kudu may be configured to store its data in /data1/kudu.

SQL access is available for Kudu tables using SQL engines written that support Kudu as the storage layer. Currently, Impala and Spark SQL provide that capability.  Kudu is a complementary technology to HDFS and HBase as it provides fast sequential scans and fast random access though not scans as fast as sequential scans as Parquet on HDFS or random access as fast as HBase. It also does not provide the NoSQL ad hoc column creation capabilities of HBase and the variety of data formats stored in HDFS, as Kudu mandates structure and strong typing on the content it stores.

Spark is a processing engine running on top of Kudu, allowing one to integrate various datasets, whether they be on HDFS, HBase, Kudu or other storage engines, into a single application providing a unified view of your data.  Spark SQL in particular nicely aligns with Kudu as Kudu tables already contain a strongly-typed, relational data model.

Setting up your Application

Always refer to the latest documentation found in the Developing Applications with Apache Kudu online documentation.  All examples in this blog post may be found on Github.

At a high level, start your Spark application development by defining the following in your pom.xml file as we build our project using Maven.

Next, include the Maven dependencies for the kudu-client and kudu-spark_2.10 (2.10 referring to Scala level) artifacts.

Make note that the version specified in the example above may change with upcoming releases.

By now you may have heard about several contexts such as SparkContext, SQLContext, HiveContext, SparkSession, and now, with Kudu, we introduce a KuduContext.  This is the primary serializable object that can be broadcasted in your Spark application.  This class interacts with the Kudu Java client on your behalf in your Spark executors.

KuduContext provides the methods needed to perform DDL operations, interface with the native Kudu RDD, perform updates/inserts/deletes on your data, convert data types from Kudu to Spark, and more.

Much of the implementation provided here you don’t need to worry about. Just know that such a context exists, and that you will likely interact with this and the DataFrame APIs when working with Kudu in Spark.

In the above example, we start as usual defining a SparkContext with a SQLContext. To get started with the KuduContext, you simply supply it your list of Kudu Master hostnames with associated port numbers and you’re off to the races.  If you are using the default port number in your installation, 7051, then you do not need to specify the port numbers in this list.

We start with examples on how to define your Kudu tables via Spark.  First, the following show simple, yet ever useful, table ‘exists’ and ‘delete’ methods.

We now define our Kudu table in five steps:

Be sure to refer to Apache Kudu Schema Design documentation for hints and tips on defining your table appropriately for your use case. Keep in mind that schema design is the single most important thing within your control to maximize the performance of your Kudu cluster.

One item to note when defining your table is in the Kudu table options values.  You’ll notice we call the “asJava” method when specifying a List of column names making up the range partition columns.  This is because here, we’re calling into the Kudu Java client itself, which requires Java objects (ie. java.util.List) instead of Scala’s List object.

To make the “asJava” method available, remember to import the JavaConverters libraries.

After creating your table, take a look at the Kudu master UI by pointing your browser to http://<master-hostname>:8051/tables.  You should see your table there and by clicking on the Table ID, you will be able to see the table schema and partition information.

Next, you can see the list of tablets representing this table along with which host is currently acting as the leader tablet.

Finally, if you do decide in the future to create this table using Impala, the CREATE TABLE statement is shown for you as reference.

Kudu comes with a custom, native Data Source for Kudu tables.  Hence, DataFrame APIs are tightly integrated.  To demonstrate this, we define a DataFrame we’re going to work with, then show the capabilities available through this API.

DataFrames can be created from many sources, including an existing RDD, Hive table, or from Spark data.  Here, we will define a tiny dataset of Customers, convert into an RDD, and from there get our DataFrame.

Creating a simple dataset, converting it into a DataFrame

Kudu supports a number of DML type operations, several of which are included in the Spark on Kudu integration.  Supported Spark operations on Kudu DataFrame objects include:

It is recommended to use the KuduContext for these operations, although as you will see later, many of these can also be done through the DataFrame API.

Next, we will filter rows from our customers DataFrame, those who are older than 20, and delete those records, which removes ‘jane’ (aged 30) from our table.

At this point, we’ve removed the row for ‘jane’.

Our customer Jordan just had a birthday, and we’ve onboarded a number of new customers. We want to perform an upsert now, where ‘jordan’ will get an updated record, and we’ll have several new customers inserted.

Since Toronto is such a great city, let’s have Michael move to Toronto. To do so, we need a key and the column(s) that we want to update.

While we can perform a number of manipulations through the KuduContext shown above, we also have the ability to call the read/write APIs straight from the default data source itself.

To setup a read, we need to specify options for the Kudu table naming the table we want to read alongside the list of Kudu master servers of the Kudu cluster servicing the table.

When writing through the DataFrame API, currently only one mode, “append” is supported. The “overwrite” mode, not yet implemented, will likely be treated as a traditional TRUNCATE command in SQL, removing all contents of the table before inserting the contents of the DataFrame.

In any case, “append” mode with Kudu defaults behaviour to “upsert”; rows will be updated if the key already exists otherwise rows are inserted into the table.

Pushing predicate evaluation down into the Kudu engine improves performance as it reduces the amount of data that needs to flow back to the Spark engine for further evaluation and processing.

The set of predicates that are currently supported for predicate pushdown through the Spark API include:

Hence, such statements in Spark SQL will push the predicate evaluation down into Kudu’s storage engine, improving overall performance.

This would have to be reviewed while the query is running, which of course, is not practical especially when scans are too quick to spot in the UI.

Using Spark’s explain() function, you can also validate that your predicates are being pushed down as so (continued from the previous example of the predicate age >= 30)

If you have multiple filters being pushed down to the Kudu storage layer, they get added to the array of PushedFilters seen above, similar to:

Kudu and Spark SQL are altogether separate entities and engines. Spark is a processing framework, while Kudu a storage engine. Therefore, they have their own data types and schemas. Integration is already in place where Spark SQL schemas will be mapped accordingly to Kudu schemas under the covers already for you (with a few current limitations, see Spark Integration Known Issues and Limitations for details).  Because of this, no additional work to be done on your end!

In this blog post, we’ve walked you through several aspects of the Apache Spark on Kudu integration.  We have shown examples from setting up your application build properties, to defining your Kudu tables to showing various ways of how to interact with your Kudu tables through Spark.  Kudu is now a first-class citizen in the Spark ecosystem, and hopefully by now you can start processing all your data through Spark whether it exists in Kudu or any other Hadoop storage engine. 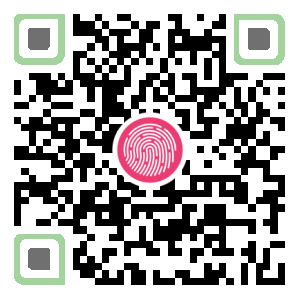