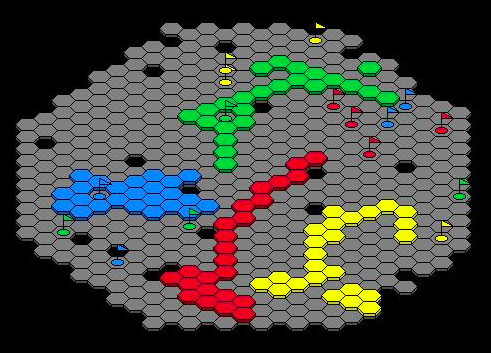 I named this game The Hive Battle. Better than Mamdouh's Hexomania, I beliv.

This is a multiple player game supports 2-4 players playing in turn. In each turn, you can move 1 chess to make sure there's at least 1 other chess next to it after your move.

After each move, the target flag will randomly move 1 step away from you. Your target is to capture the flag of your color and restrain it in a 1x1 grid.

Here are examples of winning.

Note that if you broke the "wall", the flag will escape.

Animated demo. I lost the game to A.I., that sucks.

Under the CodeProject Open License